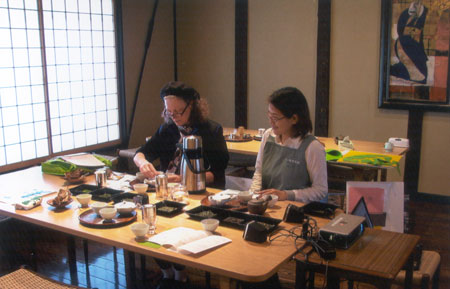 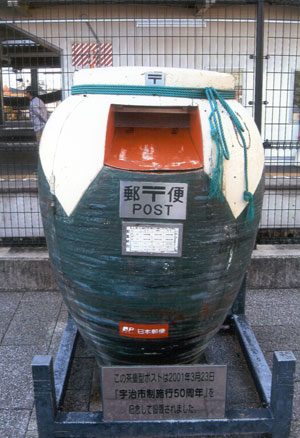 Uji, south of Kyoto, is famous for its tea, which are stored in pottery jars.
An oversized replica tea jar is used for as a distinctive mail box near their train station. 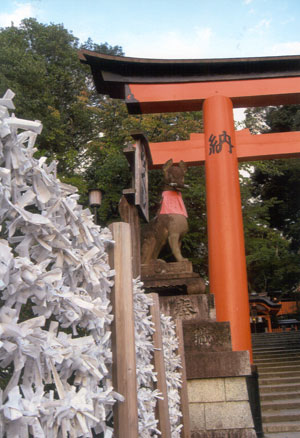 The fabulous Fushimi Inari Shrine has a thousand
red tori gates winding up the mountain with its shrine guard: the fox. 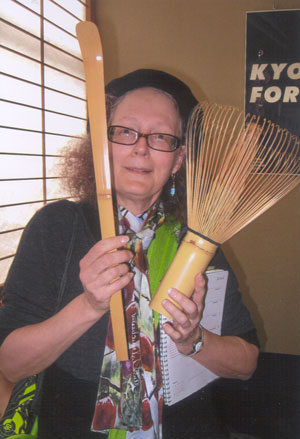 In Uji, I visited the Marukyu Koyamaen tea factory
- where matcha is made for Japanese tea ceremonies.
I'm holding an enlarged bamboo whisk, which whips the matcha (powdered green tea),
and an enlarged chashaku, a bamboo tea scoop. 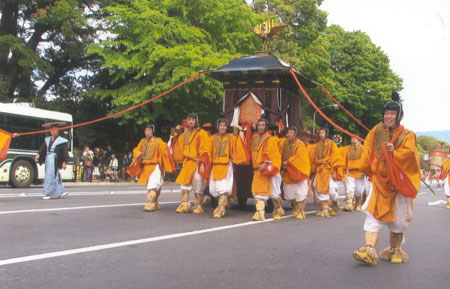 At the Jidai Matsuri Festival in Kyoto, I watched a two hour parade
covering Japan's history from the Heian period (794-1185) to the early Meiji period (1868-1912).
In the middle of the parade there is a palanquin containing
the spirit of Emperor Komei. He is the deity to whom the Heian Shrine is dedicated and the ending site of the parade. 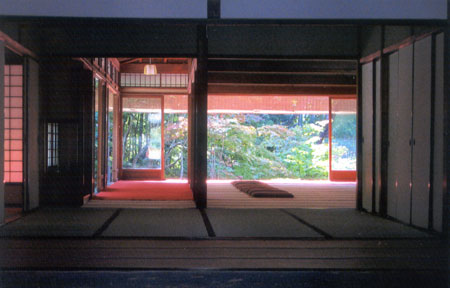 In the lovely Tenjuan Garden there was this amazing, open room framed in red.
This is a space for viewing the gardens and drinking matcha on the tatami mat covered floor. 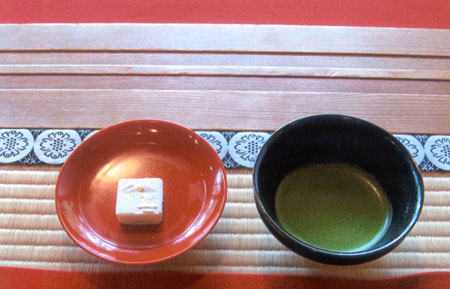 At the Ginkakuji Temple, known as the Golden Pavillion,
I had a bean paste filled sweet. It had two mountains on it,
the Golden Pavillion with Phoenix on its roof, and
a splash of edible gold leaf. The brilliant green matcha
along with the beautifully bordered tatami mats made "this tea time" very special. 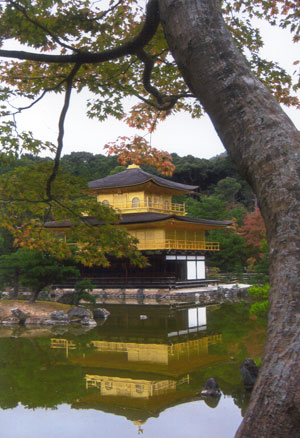 A stunning building covered in 4 layers of gold leaf.
I particularly liked how I captured its reflection within
the arch of the large maple tree. The Phoenix
at the roof's peak can only be found in the reflection in the water. 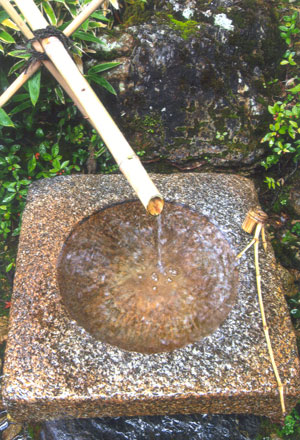 At every temple, shrine, and teahouse there would be a
chozubachi, water basin, and long handled scoop
for purifying oneself before entering such sites. I particularly liked
this scoop for it is made from a piece of bamboo with its
leaf branches attached for the handle and scoop stand. 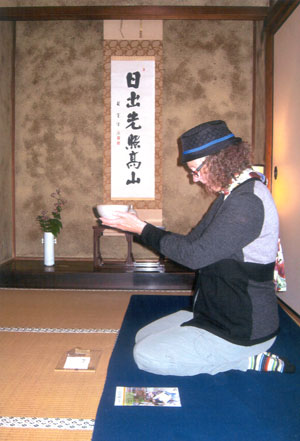 Kozanji Temple is where Eisai brought tea seeds from China
to Japan in the late 1100s, thus starting Japan's first tea plantation.
The bushes in this area produce tea that is known as "genuine tea."
I am about to have my first sip of this tea in an ancient tearoom built between 1173 -1232. 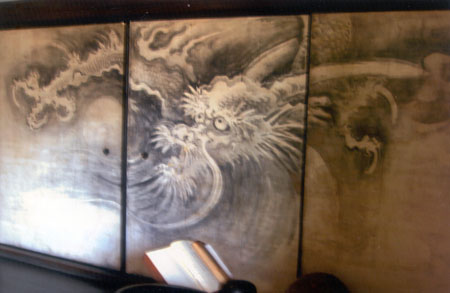 This dramatic white dragon can be found on the sliding doors
of the Ryogen-in Zen Temple of the Daitokuji Temple complex.
This Zen temple is famous for its five amazing gardens. 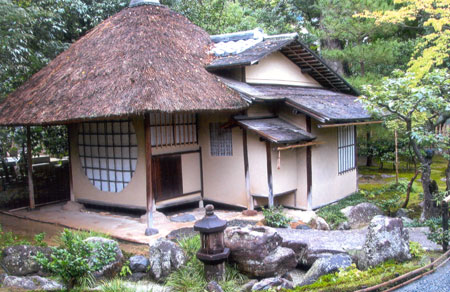 This teahouse with its moon-shaped window, chozubachi,
stepping stones, stone lantern, and tiny entry door
is such a visual jewel. Entry into a Japanese teahouse is accomplished
by sliding in on your knees after pushing the tiny door
to the side. Your shoes are left outside. Having such a teahouse
would certainly be a dream-come-true if it sat in my backyard. Alas, it is part of the Chion-in Temple.